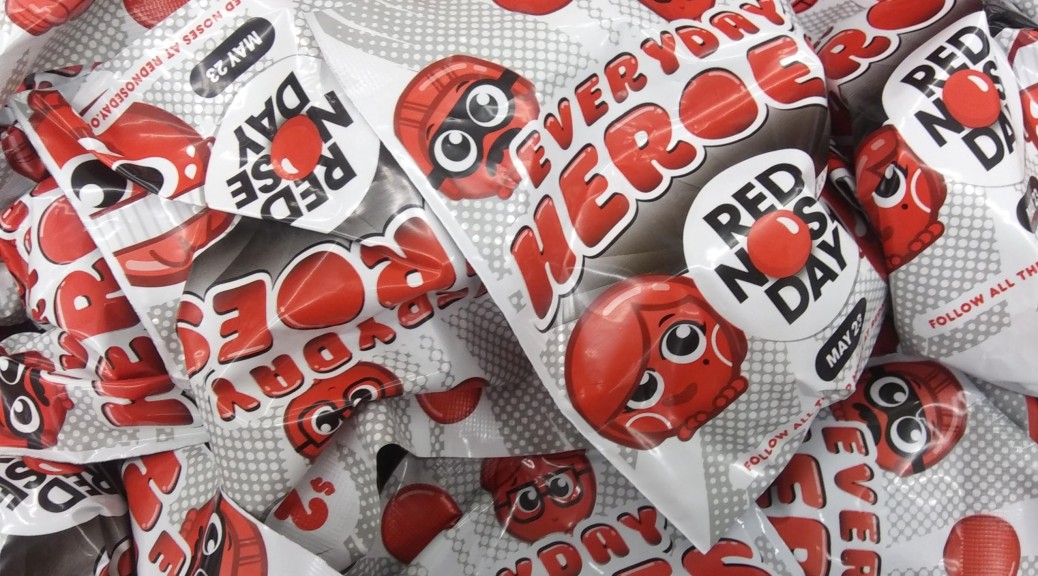 Money being stretched so tight it feels as though it may rip. With the bank breaking, life feels like it is falling apart.

I have dealt with money issues my whole life. With my family just being my mom and I, we have learned to be resourceful and smart, and we are navigating through poverty.

Today is May 23rd, also known as Red Nose Day. In affiliation with Walgreens, MARS Wrigley Confectionery, NBC, and the Bill & Melinda Gates foundation, this holiday is meant to raise money for childhood poverty. Over the past four years, this organization has raised over 150 million dollars. This money has given 36 million meals, helped 77 thousand homeless children, and provided 146 thousand children with sanitation, hygiene, and water access.

According to RedNoseDay.org, over 700 thousand American teens are homeless, and one in six American children do not know where their next meal will come from. This is approximately 300 students at FC.

When you think of someone being poor, visions of normal American teens that you go to high school with do not come to mind.

When researching for this column, I had heard of Red Nose Day, and participated in it in the past. However, I did not realize the extreme need for it.

I am a part of those statistics, but I am not the stereotypical model for a teenager in poverty. When thinking of organizations like this, I often associate them with countries outside of the United States. Habitat Humanity building houses in Guatemala. Water Step setting up water pumps in Costa Rica. However, Red Nose Day donates half of the total proceeds to American and Puerto Rican citizens, and the other half to the poorest nations in the world.

This is shocking, considering the photographs and videos that are associated with extreme poverty are never seem to be from the United States. However, the source of this problem is largely centered right in our home country.

This high rate of poverty is largely caused by the shrinking of the middle class. According to the Pew Research Center in a 2016 report, 61 percent of the United States population fell under the requirements for middle class in 1971. In 2016, the percentage fell to 52.

To a high school student, this may seem irrelevant and like a big jumble of numbers. However, the middle class is shrinking, the majority of citizens are falling into the lower income category, instead of the higher income. This drops the median income in America.

The Pew research report said, “present an adverse climate for economic growth. A relative decline in the incomes of lower- and middle-income families may create a drag on overall consumption in the economy, lead to excessive borrowing by these families or provide disincentives to invest in education.”

Why is this happening? Well, technology has been known to take over mundane tasks once done by a human. With factories using technology to increase efficiency of production, middle class jobs are replacing humans. According to the Organization for Economic Co-Operation and Development in a 2019 report, 17 percent of middle-income jobs face a “high risk” of automation.

In the same report, the rising costs of education, health care, and house are hitting the middle class hard.

As a child, my mom went back to college to get her Bachelor’s Degree in nursing when I was five. She is now back in school again for her Master’s. Rising education costs make it hard for low-income families to ever rise in the ranks because they cannot afford to do so.

Growing up in a household where money was tight, my mom and I have learned how to live life without breaking the bank. We do not take large summer vacations every year. We do not go to the mall and shop at high end stores every weekend. We do not own big, fancy cars that can talk.

We live a comfortable lifestyle, under stricter restrictions than most households. However, you would not look at me and think of someone in poverty. I wear normal clothes. I eat normal foods at every meal. I participate in sports and have an active social life.

I am a normal teenager, but living in poverty.

Poverty has so many faces, mine being one. Today, drop a dollar at Walgreens and pick up your red nose in support of childhood poverty. Become a face in support of poverty.