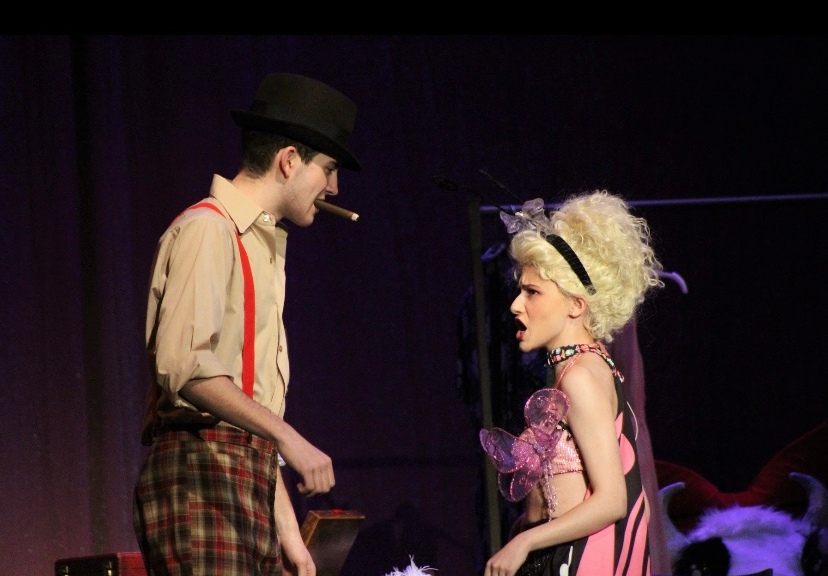 Junior Grace Platt rushes during a scene on March 3. Photo by Brock Kennedy.

Senior Isabella Arnett and junior Mary Ficker smile sweetly at each other. Photo by Presley Vanover

Senior Isabella Arnett does the splits during “Dainty June and Her Farm Boys.” Photo by Presley Vanover

Juniors Tre Gaines and Mary Ficker mess around during a scene. Photo by Presley Vanover.

By Melanie Parrish and Megan Johnson

“Alright ladies and gents, line up for the last dance in the second ball,” said director Amy Harpenau.

Theatre students hastily take their places on the floor. As they disperse and the talking dies down, a countdown of “five, six, seven, eight” is given and classical music begins to play.

Pride and Prejudice is a play set in the early 1800’s about a young woman whose strong willed intentions clash with the surrounding beliefs of others.

“I think the sort of strict boundaries of this time period go along with relations between characters, because if somebody dances with the same girl twice, then it’s like ‘oh, well we’re expecting a marriage proposal now’,” said junior Chelsea Balmer, who plays Lady Catherine de Bourgh.

Pride and Prejudice is a novel originally written by Jane Austen. The book created the basis for the play later written by Jon Jory. Within this play, there are several themes: romance, independence, responsibility, and of course, pride and prejudice.

A major theme within both the play and the book  is justified within the first lines, “It is a truth universally acknowledged, that a single man in possession of a good fortune must be in want of a wife.”

However, in order for these themes to be shown thoroughly, they must have actors who are able to naturally display them.

“When we choose a student for a role, we’re looking at the character qualities as a person and as an actor,” said Harpenau. “Actors are more than just what is written on a page.”

The play is defined as a “satire,” meaning comical ridicule is used to show the indirect problems within the plot. As the play is a satire, actors must be able to act in a comical manner, yet still channel the true emotion of their character.

“I try to think about the character’s mental status,” explained Balmer. “I try to think, ‘how does that affect their thinking and their feeling?’”

Though the specifics of stage design have not been released yet, there will be a new addition.

“It will include an extension of the stage, allowing the actors to be closer to the audience,” said theatrical arts teacher Robbie Steiner.

“Hopefully the design doesn’t stick out; I want the audience’s focus to be more towards the students.”

“With such a range of characters, you are bound to find someone that you like. There’s a lot of great banter between the characters, so it’s fun, but there’s also a really good underlying message.” 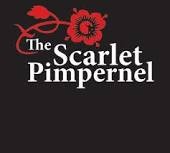 By: Isaac Mathewson
For many high school girls who were excited to be in Annie this March, it will come as a disappointment to hear that FC theatre has instead decided on another show.
FC theatre director Robbie Steiner has explained the reasons why he has decided to replace the classic Annie with the lesser known musical The Scarlet Pimpernel.
“Despite the success of Les Mis, we are not going national with the show as we originally hoped,” he said. “We need a bigger money making show in order to do this.”
This decision was made just after Thanksgiving. Even though many actors and techs were looking forward to Annie, Steiner is still very excited about the upcoming show. “I’m excited for the opportunities that this will give to actors and techs this year,” he said.
The Scarlett Pimpernel tells the story of Englishman Percy Blakeney who is appalled by the atrocities of the guillotine during the French Revolution. He and his friends form “The League of the Scarlett Pimpernel” in the hopes of saving more lives. To cover up his intentions, he says that he is going to France to take advantage of the latest fashion, and he tells no one at home who he really is, not even his own wife.
The play is a musical dark comedy drama. Despite its setting and dark themes, this is a hilarious comedy that depicts the characters getting into outrageous situations. It also has music from celebrated Broadway composer Frank Wildhorn.
While he is still in the process of designing, Steiner says that the set may include what will appear to be an ancient theater from that time period. “It’s not going to be as technically challenging as Les Mis, but it will still be very technically challenging nonetheless,” he said.
Auditions for the show will take place on Wednesday, Jan.8 @ 3:45PM for high school and 7th and 8th grade boys. Auditions for girls will take place at 3:00 PM the next day. Callbacks will take place the following Tuesday at 3:00PM.
The Scarlet Pimpernel is set to take place March 7, 8, 14, and 15 at 7:30PM, and March 9 and 16 at 2:00PM.