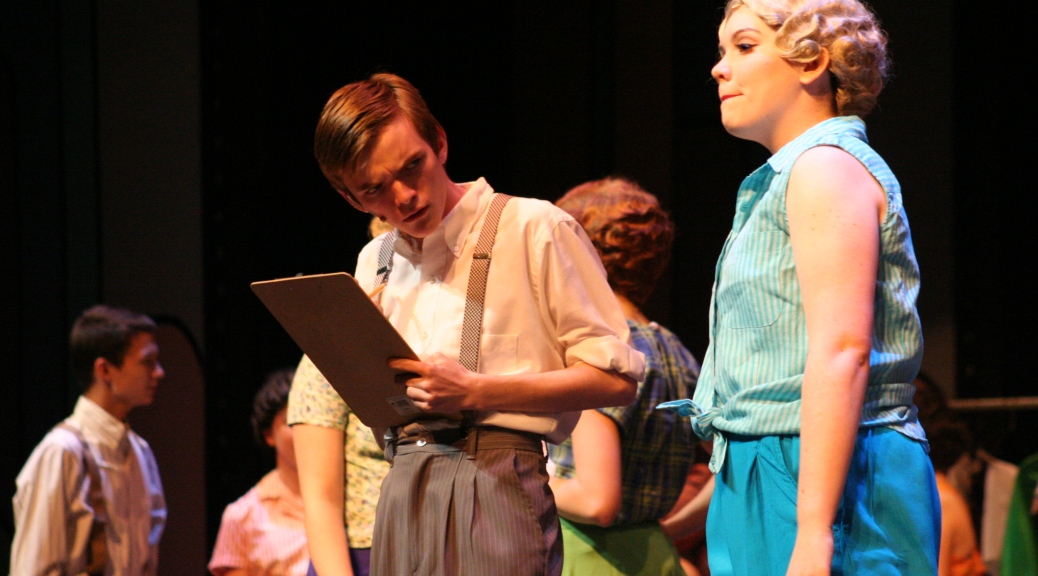 Sophomore Will DeVary performs Mac, the stage manager of Pretty Lady, the play within 42nd Street.

Senior Arielle Conrad performs “Shadow Waltz” as the character Dorothy Brock. “It’s hard to remember to be older. My character is a seasoned, mature actress and is a big diva and sometimes it’s hard to maintain that confidence and poise on stage,” said Conrad.

A group of dancers performs “Dames.” “The marquees and costuming were particularly difficult in 42nd street, but in the end it looks great on stage,” said Barnett.

Ivey performs one of 42nd’s most prominent dances, “Money.” 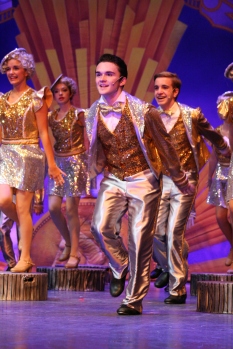 Conrad performs the act one finale. “I feel so blessed to be able to step out every night and perform for people. It’s so nerve wracking but still so much fun,” said Conrad. 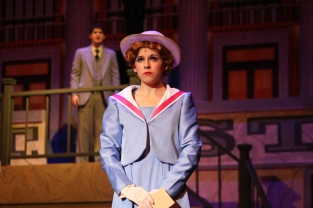 The star of the show, Junior Morgan Prentiss, performs “Lullaby of Broadway” with senior Joel Jackson.

Jackson performs “Forty Second Street” as Julian Marsh, the Pretty Lady director. “Marsh is the hardest role I’ve ever played. It’s a challenge portraying someone that you have little in common with,” said Jackson.

The 42nd Street group is thankful for all of its members. “We’re a huge family. We argue, we comfort each other, we make each other laugh, we do everything together,” said Conrad.

There was an error retrieving images from Instagram. An attempt will be remade in a few minutes.