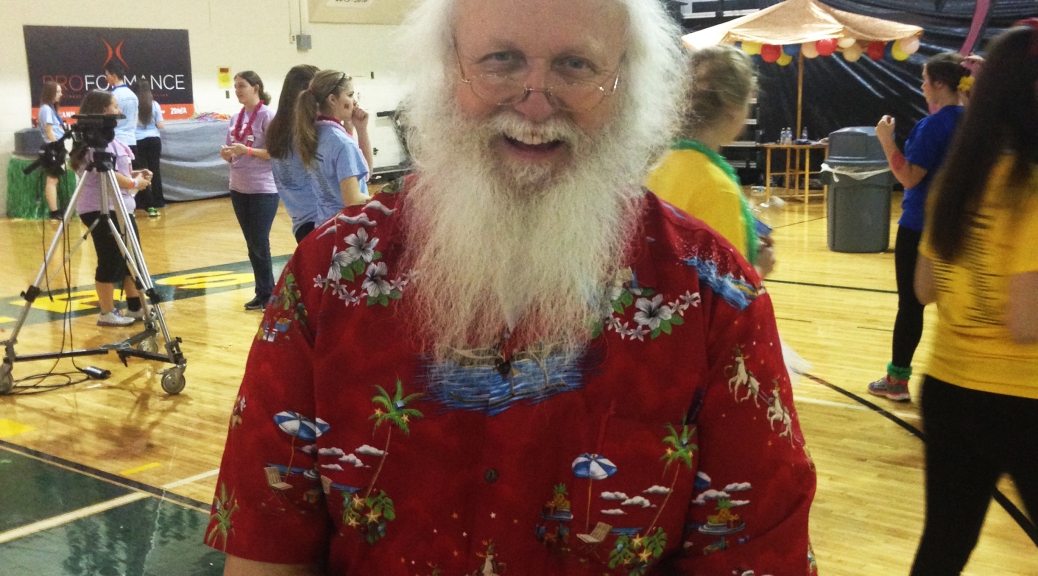 He tosses a ball to an audience member and the next moment, he makes it disappear. The joy that illuminates from their faces reminds the magician why he does what he does.

“I’ve been here four years now and I’ve been involved every year. I enjoy entertaining the kids immensely,” said Hillegas.

The idea for the magic show was presented by Hillegas himself. He has been doing magic for 53 years and asked to perform at FCDM. On top of performing, he donates a certain amount to the cause each year.

“He approached us  and asked if he could speak and perform magic for the kids. Every year he presents us a check for however old he is,” said FCDM sponsor Tiffany Stansbury.

His love for magic is not the only reason Hillegas volunteered to perform. He was a Riley kid at one point in his life and shared what happened that brought him to Riley Children’s Hospital.

“When I was 11 months old, in 1953, my mother called frantic that I had such a high fever. My doctor at the time picked her up and took her and me to Indy and found out I had something called viral encephalitis which is swelling of the brain stem in my head and it was causing convulsions and all kinds of stuff. They [Riley] saved my life. They had the right things and that’s the reason I’m here now,” said Hillegas.

Hillegas shared his perspective on the importance of having Riley, mentioning how they accept even those who can’t afford a trip to the hospital.

“Anything thats too serious for some hospitals is sent to Riley. Even our local hospitals recognize Riley as a leader. Plus, the fact that you don’t have to pay them a penny to go there and to me that is a very good thing because when you’re faced with catastrophic things like that you shouldn’t have to pay,” said Hillegas.

Stansbury explained how having people like Hillegas, who have been affected by Riley, contributes to the connection FC and its community has with Riley. She shared how it is critical that others realize it does not matter their age or at what point they  were a Riley kid.

“I think because we’re so far away, distance wise, from Riley that it’s important to make that connection that even though we don’t live in Indianapolis that we have Riley kids here at our school,” said Stansbury. “It doesn’t matter their age and it doesn’t matter if they aren’t currently a Riley kid, like Mr. Hillegas, but that they were one 60 years ago. It just shows that it makes a huge impact even in our community.”

Freshman Gabi Brodfehrer, who is also a student of Hillegas, spoke about the fact that having people participate and come to the event who are affected by Riley helps the significance of the cause.

“I think it’s very important that people like Mr.Hillegas come to the event because it makes the cause that much more important to our school and our community,” said Brodfehrer.

Hillegas plans to continue participating in FCDM for many years.

“Even though I’ve only been involved in this part of it for four years since I’ve been at Floyd Central, I  plan on being a part of it for a long time.”